Frost and furious on the Etherow 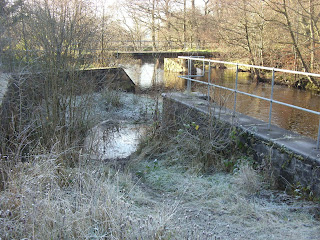 A heavy frost on the Etherow this Thursday did nothing to dampen the appetite of the trout and perch population of this pretty Greater Manchester river. Within minutes of setting up Andy and myself were into our first trout of many, on a day we expected the weather to beat us in the end. But the weather was to take a back seat as the sun kept shining and the fish kept biting. These crisp winter days really revitalise me. Wrapped up well with thermals and neoprene boot liners inside my waders, I was determined the cold was not going to be an issue. We both worked a stick float through several swims and waded all day to catch too many fish to count, of varying sizes. Mainly brown trout up to 1lb, but I also found a couple of small perch, which have proved elusive over the last year or so. 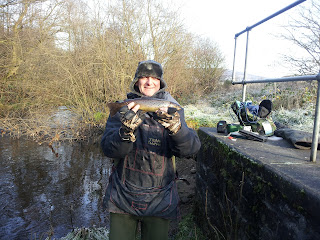 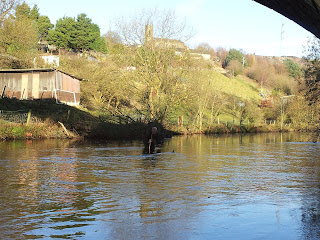 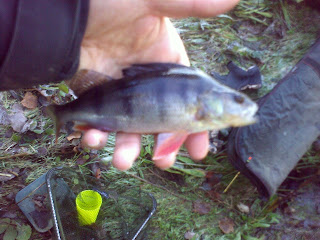 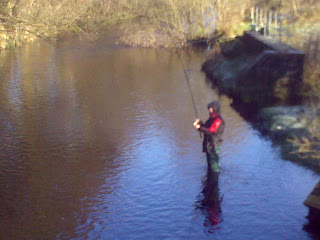 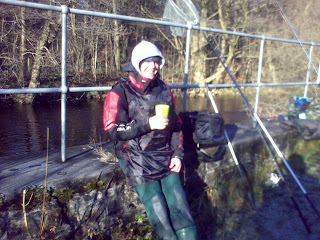 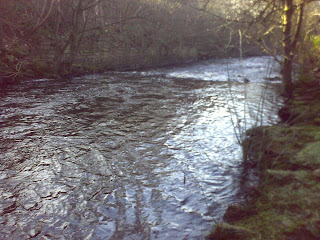 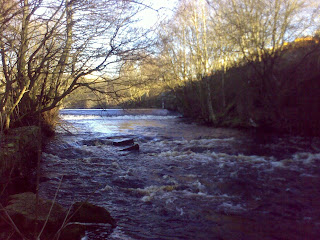 ﻿We managed to catch steadily all day. Wherever we moved to the fish were voracious. As the sun moved behind the trees the temperature dipped severely. I managed to fish until I could finally just make out the red tip of my stick float dip below the waterline to produce a final brownie. By now the rings on my rod were frozen with ice and my landing net was frozen solid. We did it justice though and had stuck it out to the last of the fading light. Days like this you remember and talk about for years. The fishing was superb even if the fish were not huge. As we rounded the day off with a pint of Thwaites' Wainwright in the Pear tree inn we could only enthuse about a special winter's day on the Etherow. 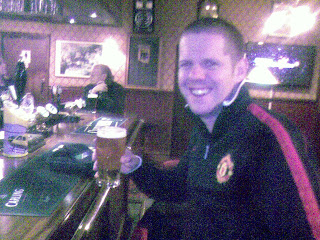 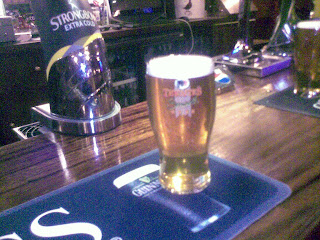 The problem with my fishing and blogging  is that it often needs some inspiration to get me up and out or writing. My life is so busy that days off are increasingly about doing nothing. I have decided that from today it has to stop. My new found blogging inspiration has come from the blog of a good pal and fellow Salford friendly member, http://urbanpecheur.blogspot.co.uk/ . Some terrific fish from the Irwell can be found on this blog, if you ever needed some inspiration the fish on his latest post should provide it. My fishing inspiration came from a couple of emails from a reader of my blog enquiring about the River Etherow, cheers Rob, I owe you one.  Manchester's rivers really are thriving and the Etherow is an old favourite, which flows between the edge of Greater Manchester and Derbyshire out of Bottoms reservoir in Tintwistle down through Tintwistle and on to Compstall to join the Goyt and Mersey river system. I decided to try an area I had previously had little success in, but ever the intrepid I tackled up at the confluence of the Glossop brook and the Etherow in a lovely deep glide. The water in this river has a lovely clear but rusty colour, just looking at it excites me, it doesn't take much these days! In the winter this river guarantees a fish or two. They may not be as big as the Pecheurs urban monsters, but every last fish I catch in this river is special to me as they all bring back great memories of our trips on the bus, followed by a pint in the Pear tree pub. 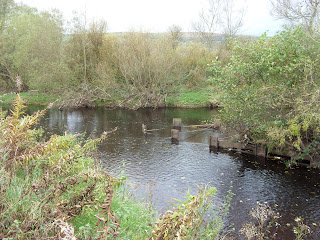 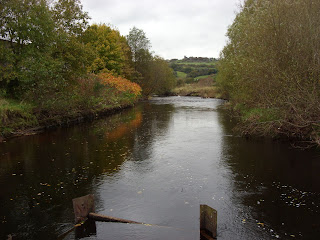 Today was not going to disappoint either. It wasn't long before the tip was bouncing round in a way that only trout can make it move. The bites were unmistakable and the fish came to the net one after the other. The perch and chub have all but disappeared from the higher stretches of this river, but the trout thrive. A steady dozen or so trout later as the bites slowed and the light dipped I decided to move to a swim higher up the river.﻿ 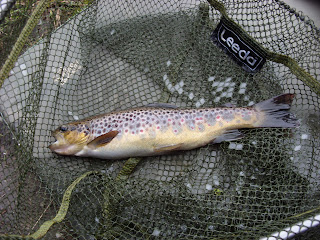 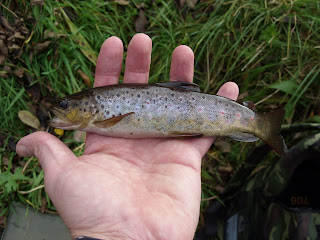 ﻿The move to a glide by Rossington Park trading estate brought the catch of the day. I have fished this river over thirty years and reasonably regularly but in all those trips only managed one Rainbow trout before. This little beauty may only be small but no less exciting than any of the huge Medlock brownies I have caught. Rainbows are not really prevalent in the local river system, nonetheless they are there. 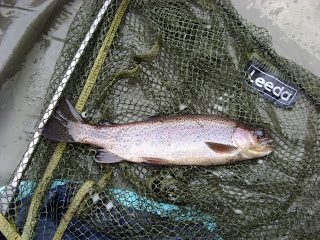 So in early fading light, on a really windy , overcast day nineteen fish is not to be scoffed at. This river will always keep you busy if nothing else, it,s a great place for the beginner or younger river angler. On a sadder note, as the river continues to progress, the surrounding area seems to be declining. The pub by Woolley Bridge now a mere vandalised shell. The Spring tavern further down the road, once famous for hearty meals and genuine German lager also closed. The road to the river now boasts a huge municipal dump facility and a host of industrial units where once green fields prevailed. The price of progress I suppose. Fortunately the bank side of this river remains unspoilt and it really is a beautiful stream to walk along. Anyway, next week has to see me searching for some of those Irwell chub rather than playing about on the Etherow with the tiddlers. Just goes to show though, its about the fishing sometimes, not the catch.
Posted by Meddy Man at 05:34 3 comments: