It's been a hectic few weeks away from the bank. A trip to Sofia to see Bulgaria v England followed by Wembley for the Wales game. City v Napoli and Harrogate v Droylsden on the football front. The kids returned to school which has proved to be traumatic as my lad moved to high school. All in all I will be glad to get back on the river. However before all the recent upheaval I did manage a trip to the Medlock with Josh. Ever the optimist we visited the golf course swims which were so badly affected by the recent pollution incident. My worst fears were confirmed as neither Josh or myself had a touch on a stretch that normally throws up some decent fish. As we walked to the river I spoke to a regular on the golf course who said he had not seen a fish since the incident. This came from a guy that visits every week and watches the fish in the shallow water as he is also a keen angler. Undeterred we tried but failed. However after a couple of fruitless hours we moved down to Clayton and found a few trout that were only too glad to snap up our bait. 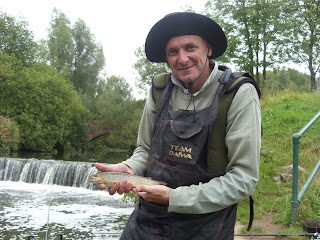 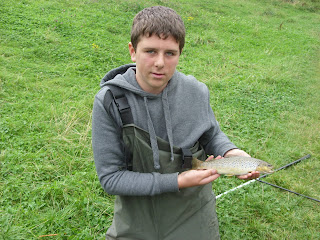 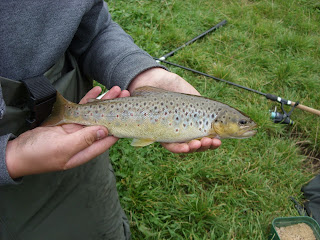 After a couple of hours and half a dozen or so trout we decided to round off the day with a couple of hours in the City centre on the mighty Irwell (in comparison to the Medlock). We headed for the Campanile stretch, a stretch I have had limited success on in the past but always feel there could be a huge bag to be caught here. Not tonight though. After labouring on the inside line on a pretty stagnant flow with no bites at all on the float for an hour, and with only an hour or two light left I switched to a feeder rig over to the far bank. Immediately the tip was twitching every cast. Obviously small fish but plenty of them. We managed a few roach each as the light faded, as did a fellow angler a few yards up the river. Nothing spectacular but most enjoyable. 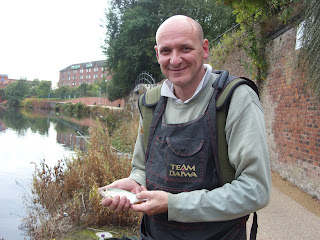 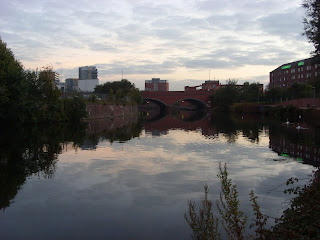 As we stayed late my plans for the next day were seriously affected. I was leaving for Bulgaria at 6am in the morning and had done no packing. I decided to leave the tackle at home and travel light. A good choice in the end as the river Iskar was merely a trickle near the hotel and as I walked further downstream it became engulfed by a Gypsy campsite. I was glad I chose to stay by the hotel pool in the end and take advantage of a few pre-match beers with the lads. 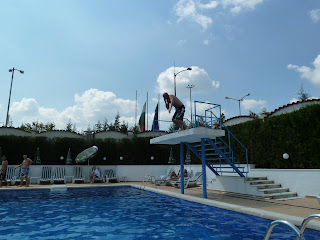 Whilst in Bulgaria I did have a minor scare. I had caught my little finger with a hook on the Medlock the day before which resulted in a small cut. I carried on fishing and didn't tend to the cut. Whilst away my finger became badly swollen and infected, probably due to the water quality in the Medlock. I will be taking antiseptic wipes in future to the river as the pain was most uncomfortable. After a few medicinal beers and a 3-0 win the relief began to show. 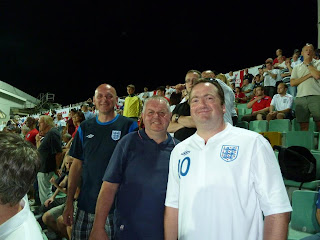 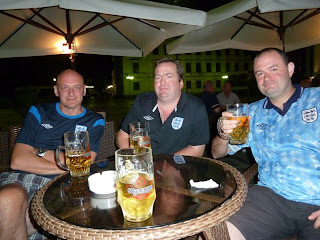 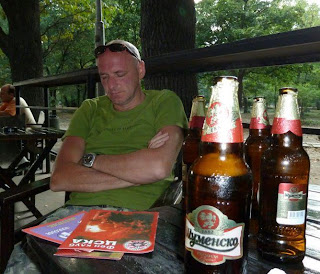 So all this took place a couple of weeks ago now, but I have recently learned the pollution incident on the Medlock was indeed a serious incident that affected two miles of the river according to the EA, although I knew myself without too much research. To round off I have a couple of spare days before England's next match in Montenegro so I plan to get on the Irwell and the Medlock before then.
Posted by Meddy Man at 14:31 3 comments: