The sun tried to break through all afternoon on the Ashton canal at Fairfield road. I had originally planned a trip to Cambrian street in Manchester but arrived to find my swim taken by another angler. I decided to head nearer home to a swim that I have fancied for a while in Droylsden to find that was taken as well! I guess today was going to be one of those afternoons. As I crossed the playing fields I came across this uplifting scene, two geese protecting their new born chicks. These geese have really made themselves at home on the canal. 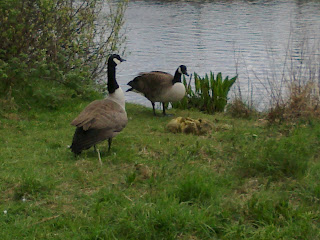 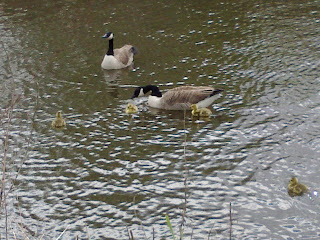 I managed a few fish today including a couple of stripeys, roach and a nice skimmer. I lost a much bigger skimmer as I turned it towards the net. It bolted and shook the tiny size 20 hook, a nice fish by my standards this year. 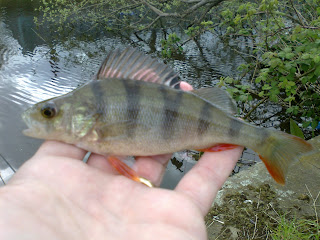 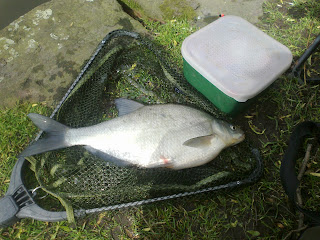 Fish of the day award goes to the smallest fish though. Not often a Pope visits Droylsden! I still have no idea why they have derived that nickname.  I love these little Ruffe, they go like a train all over the swim when you hook them. I haven't caught one for a couple of years, some anglers never catch one in a lifetime. 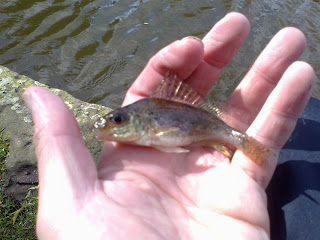 ﻿Had I brought my seat box and pole today, I think I could have took a few bream from under the far bank overhanging tree. I have fished this swim before and had bream, carp, and tench up to 4lb. This close season I have gone back to basics on the canal, with a telescopic match rod, a folding chair and a small bag. I have to say, I enjoy it more as it seems more of a challenge. Roll on June though to get back on the rivers.
No fishing Sunday as we have a Salford friendly anglers event in Prestwich, and an even bigger event at the Etihad in the afternoon. Just one more win against Mark Hughes's boys will see us end an era of red domination hopefully. After thirty odd years of watching City I take nothing for granted though!
Posted by Meddy Man at 15:02 1 comment:

An afternoon in Beswick 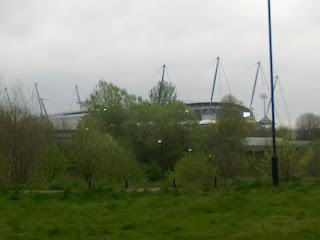 Following the previous evenings festivities at the Etihad I decided I couldn't keep away from the place. Nursing the remnants of a hangover I dropped on a swim on the Ashton canal in full view of the stadium in an attempt to lure the odd silver fish following my previous two blanks. 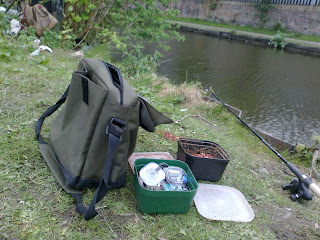 Armed only with my trusty Shakespeare Ganza 12ft  telescopic match rod,  a few bits of tackle and the rest of Sundays maggots (now mostly turned to caster) I cast to the middle of the canal and dragged the float back to the nearside trees to my left. It only took a few minutes to tempt my first bite which turned up a stunning little perch. 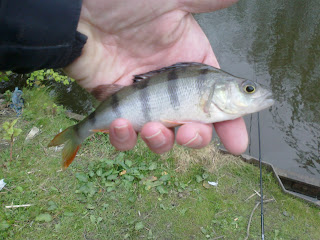 After the week I have had this fish was more than welcome. I only stayed a couple of hours but backed up my little stripey with a nice skimmer and a few ounce roach before a boat trundled through the swim nearside churning the bottom up. That was that, not one single bite more. 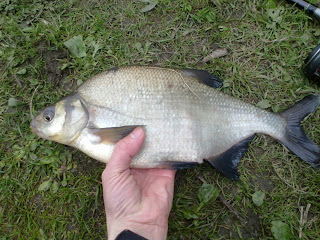 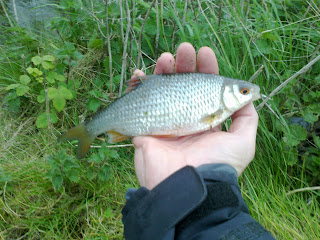 This swim is really tucked away over landscaped waste land at the back of Cambrian street as you approach the City centre. It also overlooks a fishy looking stretch of the river Medlock. I flung the remainder of my bait over the bridge on to the sandy bottom of the river and watched, hoping to spot some monster Chub moving in on the gourmet offering. It was not to be today, but I bet they are around. A word of warning though, this spot is very isolated and it would be wise not to fish unaccompanied. I would only fish here if travelling light. 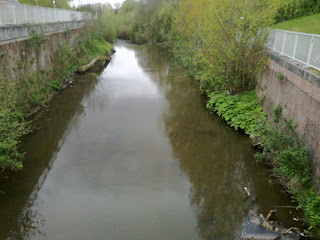 So there you have it. Proof if it was ever needed that you dont need to load the car with an array of tackle to catch a few fish, just a few essentials, a good telescopic rod and a little patience can bring you better results in less favourable locations.
Posted by Meddy Man at 11:45 1 comment: