I seem to be having little luck with the weather these days. Any free time for fishing since the turn of the year has been accompanied by inclement weather, or so it seems. My last visit to the Vale was a wet one and today was no different. Fine drizzle continued to fall all day as I sat out a real grueller of a session on the river Medlock. The first two hours didn't even produce a twitch on the tip, on a favourite swim, though these days I seem to be more determined than ever. A move to a deep hole where last time out Adam tempted a cracker of a brown trout had to see my fortune change.  Up to now I was fish less for 2012 and on for my second consecutive blank on the Medlock, which is actually quite difficult to achieve. The river today was murky brown and pushing through quickly and I seem to struggle in such conditions. 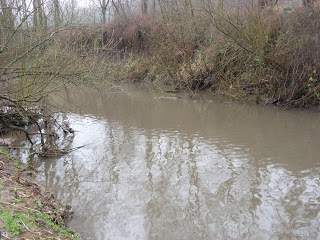 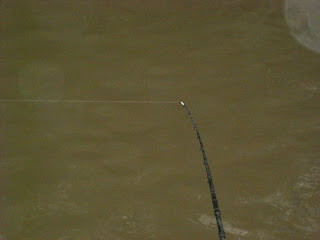 ﻿Not to be outdone I cast a 30g Preston maggot feeder loaded with an extra half ounce bomb to hold the bottom toward the wall of the bridge at the end of my swim and waited, and waited. Fortunately fellow maggotdrowner Stretford Red, and a guy that regularly walks his dogs along the Vale, came along for a nosey and a chat which brightened up a so far dull day. Then after an hour or so the slightest of knocks alerted my interest. Again the tip twitched as I adjusted the rod. I had a fish on, and it felt like a good one. After a great scrap in which the fish rarely surfaced I pulled one of the Medlock's resident brown trout over the landing net. 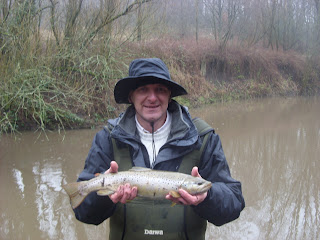 On a day when I thought the weather would beat me I was pleased to be holding any fish, even if it wasn't the winter chub I was looking for it was a beauty. 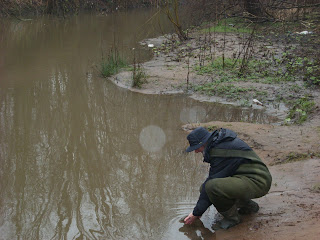 I did manage a second smaller fish below, again a hard fighting brown trout, but today was a long hard session. 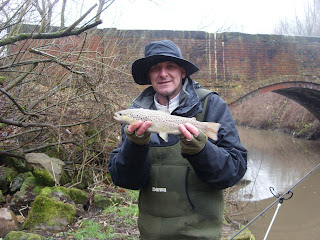 Thanks goes to Stretford Red for the photographic efforts. Only living a hundred yards from the spot I was fishing should be tempting enough for him to venture on in the warmer weather. If I lived as close I would never be away from the bank. Talking of which one of the downsides of a water becoming popular is that not all anglers care about the environment. This swim has become a magnet for such visitors who leave most of what they bring strewn about the bank. I did bring a bag to try and clean up the bank but really needed a bin liner. Hopefully those people will read this blog and think twice before throwing their empty Carling cans over their shoulders in future. There are large litter bins all through the Vale that are emptied daily, so there is really is no need to spoil this pleasant spot. 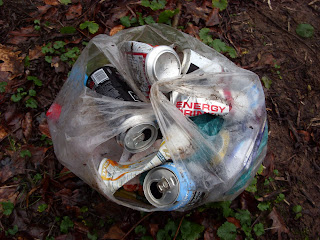 Next week I hope to try something a little different. S﻿retford Red and myself are hoping to combine a few real ales with a trip to the Etherow on the 237 bus. Should take me back to my youth when we did this every Sunday before I owned a car. They say you shouldn't look back, but those were great days , and if I enjoy it only half as much as I did then it will be an outing to remember.
Posted by Meddy Man at 08:59 2 comments:

A less than well planned day took myself and Adam Mack  A.K.A. Manchester Pecheur (Now world famous) on to the River Medlock at Clayton. After many days of poor weather, torrential rain etc. would it be worth it?  Well if anything it would be a day on the river and a bit of fresh air. Despite pushing through hard the river was just about fishable, although muddy brown. Between us we managed minimal bites, but Adam managed one fish, a huge beautiful Medlock Trout, worth a day in the rain by any standards. 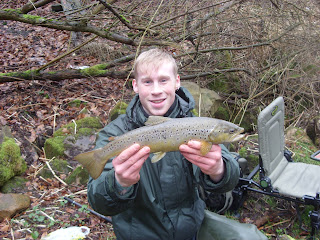 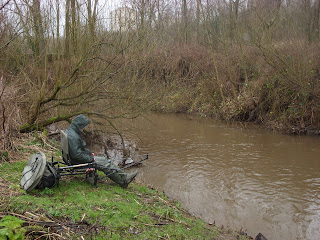 Well done Adam, to catch anything on the river was a feat today. What a superb fish to concede defeat to.
Posted by Meddy Man at 13:19 3 comments: