As the season draws to a close

A last chance today to run a stick float through Clayton Vale. After a big breakfast at my new early morning haunt, Brewsters cafe in Strangeways, along with the Manchester Pecheur we arrived on the Meddy in Beswick to be met by a fairly low and static river. Not the best start, and after an hour trotting a swim that has recently thrown up some beauties, without a hint of a fish I began to wonder whether we would see a fish today.  The arrival of another angler, Phil, signalled the time to move over and let an expert try, complete with centre pin reel. Who were we to spoil his Sunday? after all we were doing nothing anyway. 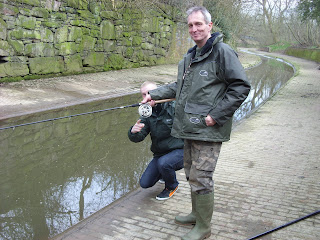 I wonder how he went on? Hopefully better than us two so far. However the day did pick up after we dropped on the Vale. After losing a good chub to a snag on the bottom I finally hit a good fish that I managed to steer into open water. A decent scrap followed before this lovely 2lb 13oz chub came to the net, weighed expertly by the Pecheur on his Korum digital scales. The Pecheur has every top quality gadget known to the angling world! 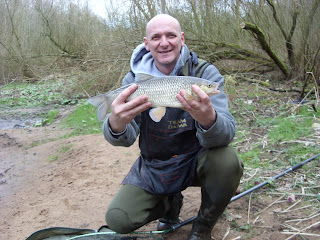 I managed another two fish, both brown trout, and both decent fish, from the same swim. All caught to double maggot on the stick float. The best pictured below. The other decided to jump from my hands, obviously camera shy. 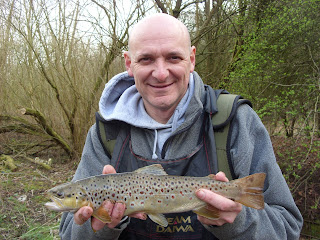 ﻿
The prettiest fish of the day fell to the Pecheur. A lovely 2lb 1oz trout that gave him the real run around before coming to the net﻿. This fish gave a really good account of itself and drew an audience on the bridge. A really pretty trout. Pity about the captor! 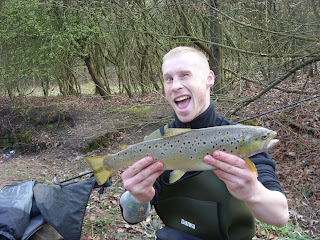 We both lost other fish during the afternoon before deciding to move to a quieter spot upstream due to kids throwing missiles in the river, and dogs swimming beneath our feet. Thats the problem with fishing in the suburbs of Manchester. The Vale is like a little tourist trap when the sun comes out. A move to the golf course saw both of us get no more bites. This stretch was once the jewel in the crown but is now devoid of fish other than the odd minnow. Pity really, but it didn't stop the three other anglers we bumped into trying! I don't think I have ever seen so may people on the river in one day.
So the season draws to a close for me as my day off this week sees me travelling to Essex to say farewell to a good friend, Peter, from our England trips, who sadly passed away after a long illness. Peter was a real gent, and an Arsenal season ticket holder, and will be sadly missed by all. He was a man that touched the hearts of everybody he met. He always wanted to go to a World cup finals and achieved that dream in 2010 in South Africa. Sadly he came home after the group games as he was unwell , and has been poorly on and off since. Peter will live on in all our memories. He was that sort of gentleman. 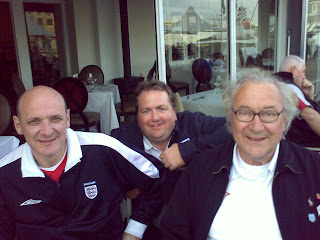 After wandering the canals and Rivers of Salford and Manchester all day on Sunday in search of a Pike, and failing miserably, yesterday I could only muster the enthusiasm for a couple of hours out. I even put washing the car further up the list of things to do on my day off. However being a bashful individual I decided to try for a pike again, to put some closure on Sunday, and to restore some self confidence. As it was mid afternoon I decided to head a little nearer to home on the Ashton canal in Audenshaw. I have had pike from there over the years, including a few that have snaffled the odd roach whilst fishing the pole. 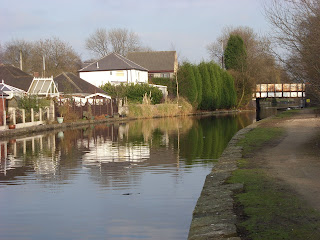 On a beautiful sunny afternoon, the pike below may not have been a big one, or remotely interesting to all the specimen hunters reading this piece, but never has a fish been more welcome. It was a small spinner that did the trick. The moral of the story is never give up. 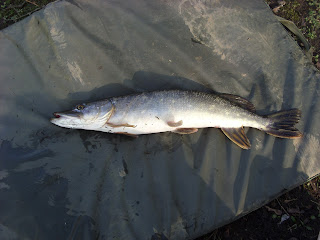 That was the only take on this short session. I was only out for a couple of hours, but what a pleasant way to see the evening in. 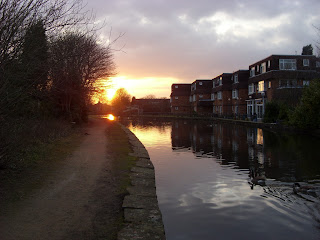 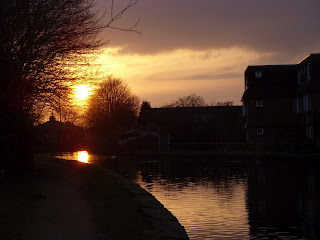